Here in Minnesota, we are having  more snow than we’ve had in few years.  It brings back memories of my childhood, where there was enough snow to make snow forts and go sledding.    I remember one winter when I was in college, we had a big snow storm every Thursday for a couple months in a row.  It was great, as once a week, I got off from school or work.  I can’t use that excuse anymore, as I work at home 🙂 .  No more snow days for me!

With all this snowing, my husband Joel has been busy plowing with his 4-wheeler.  I have to show you some of the pictures of him plowing.  Try not be jealous girls – of the camo and eyelashes, that is.

By the way, he’s a hunter so his favorite color is camo.

Here’s a close-up of that picture.  Joel has such long, thick eyelashes, that they catch so much snow that he can hardly see.  Such a problem to have!   Some night when he’s sleeping, I plan to have his eyelashes removed and surgically reattached to my eyes.  I don’t think he will miss them and I ‘m sure I will enjoy them more than he does.

Here’s a picture of the driveway that he has to plow.

It can actually be quite pretty, but the UPS driver hates us.  I don’t blame him – the truck he has to drive is not made for winter in MN!

I’m sure many of you think that we Minnesotans are crazy for living here.  Most of the time, I have to agree with you.  But, if I didn’t live in Minnesota, I wouldn’t have memories like this,

(We also have a huge hill in the backyard too that is good for sledding.  Here’s my Mom’s first try.  She obviously wiped out, but at least she looks good while doing it!)

This is the winter view from my studio. 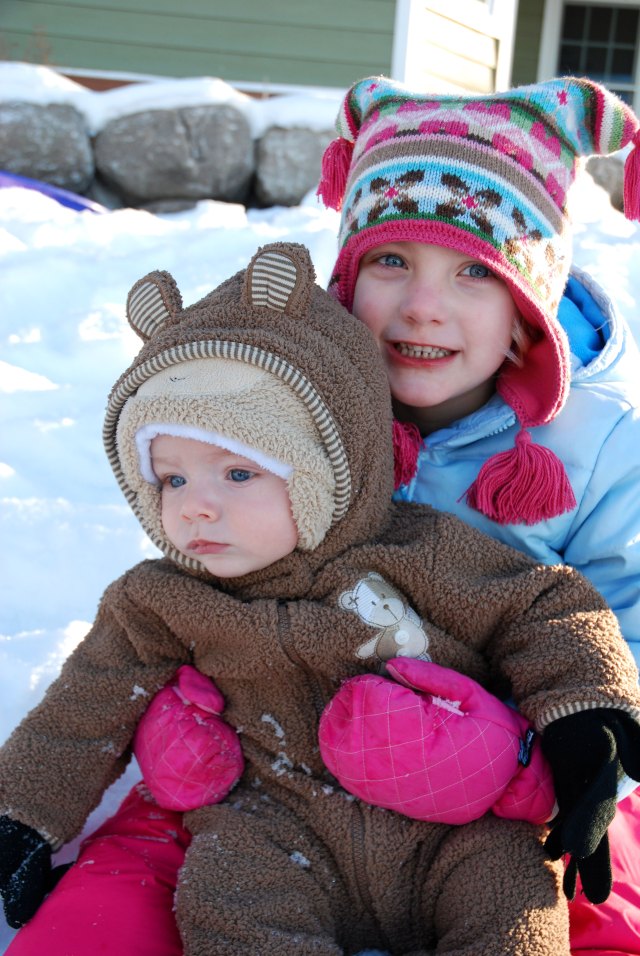 My niece and nephew in their winter garb. 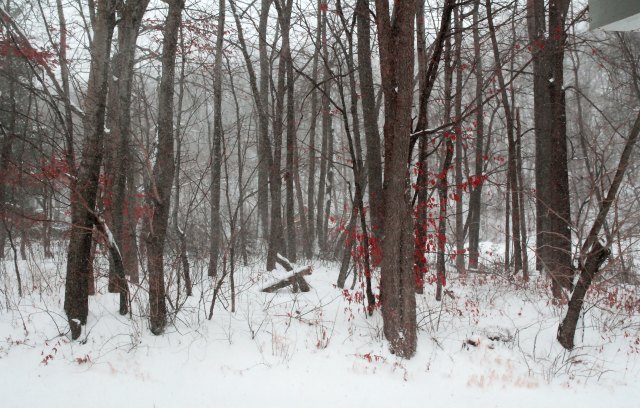 Our woods in the winter 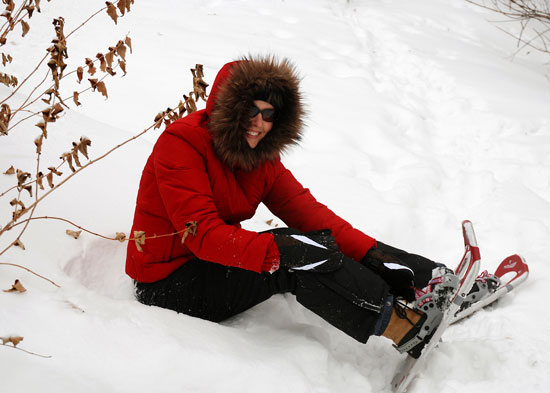 Me with my birthday present from Joel

Joel loves to ice fish.  We’ve been snowshoeing out to the islands on our lake to get the fishing report.  Have you seen the movie Grumpier Old Men?  That will be Joel in about 30 years.

You can’t see the fish houses in this picture, but they are just to the left of the island.  What you can see is the snow and how it blurs out details of the world around it.

Here’s another shot of the islands, just as the lake is freezing over.

As you can see, winter can be kind of fun and pretty.  Don’t get me wrong.  Living in Minnesota still pretty much sucks  (would you like to know the temperature as I finish up this post?  When we drove home from my sister’s house last night, my truck read -37 below).  We’re  just trying to make the best of it.  It requires lots of quilting, knitting, and chocolate therapy to survive it.  Lots and lots.

One last shot or two of the eyelashes.  No Fair. 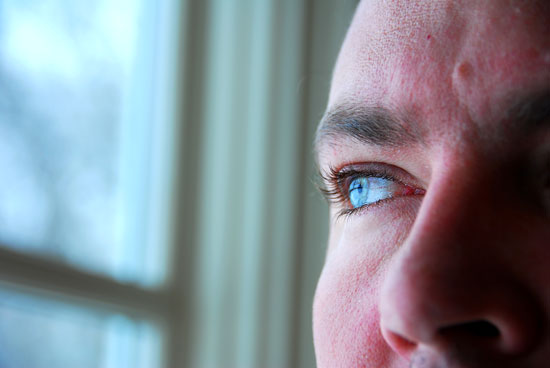 19 Responses to Winter in Minnesota