Posted on August 1, 2014 by Heather Peterson

The randomly selected winner is:

Please email your shipping address to me at:  hmulder@wecnet.com and I will ship your fat quarter pack out right away!

I am so behind on blogging that I have yet to share Carter’s 2 year pictures or even show a baby bump picture!  Carter is already 25 1/2 months, so we will start with that first.  A few of you have been asking for an update and I am more than happy to oblige!  (I will also make a few comments here and there – just so I can refer back and remember what he was all up to at this age). 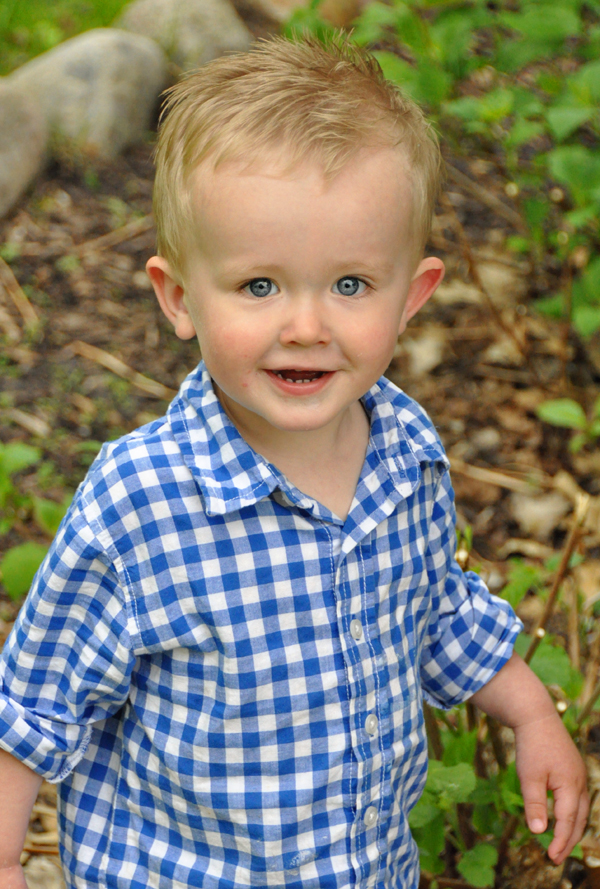 Carter turned 2 on June 13th.  I was so busy thinking about planning a party for each side of the family that I totally forgot it was also our Anniversary!

One of Carter’s favorite things to do is be outside.

Much of the time outside includes water.  Early this summer, we just had the water table to play in, but that didn’t stop him from getting completely drenched each time we went outside.  I think we average about 2-3 outfits per day. 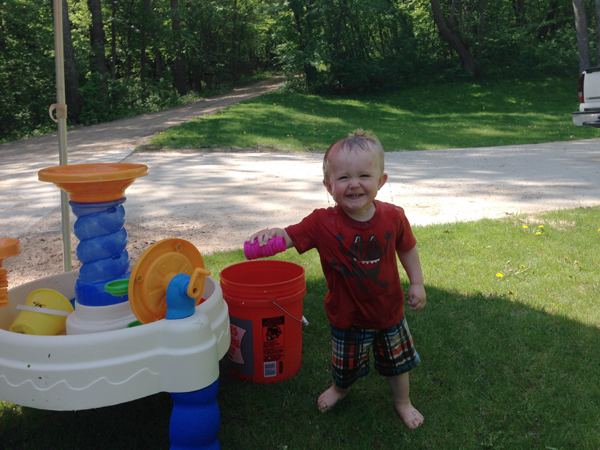 Now that the lake has warmed up and the water levels are down, he is spending a lot of time in the lake.  (We had the coldest winter in 30 years, followed by the second wettest June on record.  That meant that lake season really didn’t start until July)

(BTW – did you see how huge Romy has gotten?)

He is obsessed with driving and keys.  Not fake keys, only the real ones and not play cars, but real ones.  We spend hours and hours every week sitting in the car while Carter pretends to drive to Grandma’s, the zoo, or go grocery shopping.  Did you know that you don’t have to start the car to be able to put it in neutral?  All you need is a 2-year-old, sitting in a truck, playing with the keys.  It all seems pretty harmless until you see the trunk with your precious 2-year-old in it roll a few feet into the garage door.  Somehow he had gotten the correct key in the ignition, depressed the brake pedal, while pulling the truck into neutral.   We were standing right there and no one was hurt, so we were lucky.  All the keys are now kept on top of the fridge.  He asks for them constantly and knows which keys go with which of our vehicles.   Lord help me.

He also loves rough housing with Dad.  Everything is Dad’s.  Dad’s boat, Dad’s truck, Dad’s this and Dad’s that.  The main thing Carter and I have in common is our love of chocolate.  I’m just kidding – but not about the loving chocolate part.  We both really love chocolate.  (I read yesterday that what a woman eats a lot of in her third trimester is often a food the kid loves.  Let’s just say this next baby might have an even stronger chocolate addiction than Carter).

His other favorite thing is still letters.  Now he is obsessed with all the sounds.  many times a day, I hear him say “Yetters make sounds”.  We are constantly drawing him letters or rolling his Play-Doh into letter shapes so he can tell us what sound it makes and what words start with that sound.   As my husband says, “I think he is going to be a nerd.”  (He’s definitely not going to be an athlete.  When you ask him to jump, the only thing that goes up are his arms). 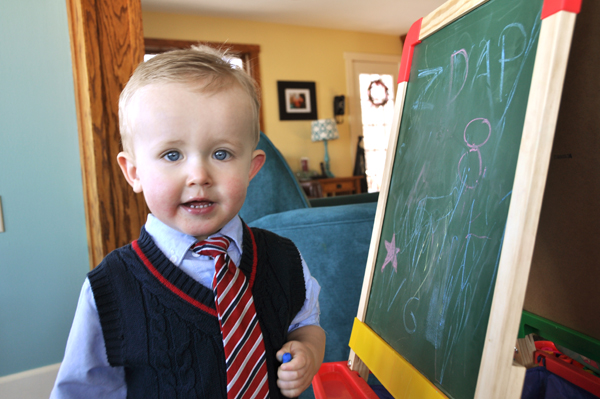 Two things that Carter hates are: not getting his way and cameras. We tried having family pictures a week ago and I am still recovering.  He wouldn’t smile at all or even sit still for the pictures.  There were so many bratty moments that I just didn’t even know what to do with him.  Despite all his cute moments, he can be quite the challenge.  I will show you a couple of those pictures anyways –

And a bigger bump shot for you –

And the only one with Carter smiling –

I am about 3 1/2 weeks from my due date.  So far everything is going well, though I am definitely feeling my age and being pregnant.  On Wednesday I had a check up and found that I am already dilated to a 4 and thought – “Well that explains a few things”.  Maybe it’s not just my age after all 😉  So do ya think I better get that hospital bag packed?